Sean has been a performer since the age of 7.  He has appeared in the hit musical ‘Evita’ and most recently he played the role of ‘Britney Spears’ in the Queen/ Ben Elton musical ‘We Will Rock You’

He left home at the age of 17 to become a lead singer on various cruise ships and has performed in a number of pantomimes including leading roles alongside UK favourites like Anita Dobson, Danny La Rue, Stephen Mulhern, Natasha Hamilton and Lorraine Chase.

He has also had starring roles in tours of 'Dancing Queen', 'Spirit of Broadway', ‘Elvis-The King Of Rock ‘n Roll’ ‘West End Musical” and ‘That’s Entertainment’

He is one half of 'Same Difference' who entered the fourth season of the UK reality TV show ‘The X Factor’, where they were mentored by music mogul ‘Simon Cowell’ and reached the final, where they eventually finished third out of 250,000 applicants.

After graduating from the hit TV show Same Difference embarked on the X Factor UK arena tour that visited sold out arenas all over the UK.

Same Difference went on to sign an album deal with Simon Cowell’s label, Syco, and recorded their debut album with some of the biggest names in pop – Their debut single ‘We R One’ shot into the ‘Top 15’, and was shortly followed by the album ‘POP’, which has sold in excess of 220,000 copies and been certified Gold in the UK.

Sean is excited to be performing in ‘Puttin’ on the Ritz’ and he is hoping that the people here will encourage and support him as he embarks on his new solo adventure. 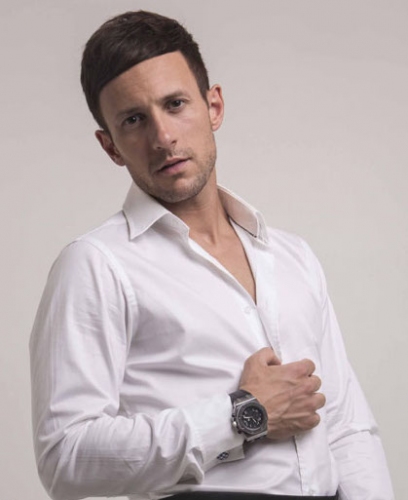